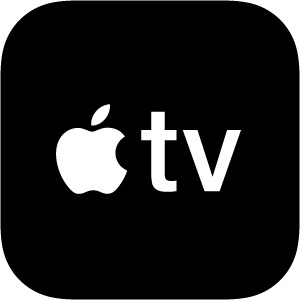 Apple TV+ is a video-on-demand web television subscription service brought to you by Apple Inc. in 2019. Apple TV+ shines by providing some of the hottest new shows and is planning a wealth of some of the most-anticipated content of 2020 and beyond. Apple TV+ provides subscribers with ad-free content that you can watch through some of your favorite devices.

Apple TV 4K can also provide users with some of the best resolution available for your favorite programming and the ability to access even more of your favorite shows such as HBO NOW, Hulu, and even Netflix.

Apple TV+ features Apple Original content including Oprah’s Book Club, The Morning Show, See, and Dickinson. Apple is committed to providing premium content with some of the biggest names in show-biz such as Jennifer Aniston, Reese Witherspoon, Jason Momoa, J.J. Abrams, and Brie Larson. You can also view some of your favorite channels and streaming programming from other sources such as Amazon Prime through Apple TV Channels.

One of the best features of Apple TV+ is its price. You gain access to amazing programs for only $4.99/month or $50 for an annual subscription. Not ready to commit? No problem there, you can try it for 7 days free. Apple TV+ also comes free for a year with the purchase of Apple hardware.

Apple TV 4K takes things to the next level and provides you with 4K HD resolution for your viewing pleasure. Apple TV 4K also provides subscribers with 32 GB of storage for $179.99 and 64 GB for $199.99. These boxes provide access to a Siri powered remote, access to streaming apps such as Netflix, Disney+, and sports coverage via apps from the NBA and MLB. You can also connect to Charter Spectrum, where available, through Apple TV 4K. Apple TV+ comes free for a year with the purchase of Apple TV 4K.

Apple TV+ delivers original content not available through other providers. Apple TV+ is also available cheaper than many of its competitors, so you don’t have to break the bank to receive quality programming. Apple TV 4K also allows customers higher resolutions than many other providers by supporting 4K HD and the ability to access more content than using Apple TV+ as a standalone product. Apple TV+ can also be shared across 6 different accounts through its Family Sharing feature.

It should be no surprise that Apple TV+ works with all of your favorite Apple products including iPhone, iPad, iPod Touch, Mac, and Apple TV. Your Apple TV+ can also be accessed through its app through other select devices including Samsung televisions, Roku, Amazon Fire TV, LG televisions, Sony televisions, and VIZIO televisions.

^$10 savings offer available on all plans to new residential subscribers for 6 months. After 6 months, plans revert to the standard monthly fee. Certain geographical areas are not eligible to receive offer. Offer ends 1/31/2022. Restrictions may apply. Offer void where prohibited.