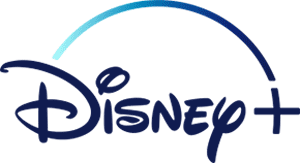 Disney+ is the perfect streaming service for all of those who’ve been entranced by the world of Disney. Disney+ launched in 2019 with a never-ending catalog of everyone’s favorite Disney shows and movies leaving users with thousands of hours of nostalgic entertainment. Disney+ has garnered an impressive 10 million subscribers within weeks of launching.

Disney+ has an impressive ad-free catalog of 500 movies and 7,500 TV shows- with plans to add more. Disney’s reach extends far outside of the Disney universe into Marvel, Star Wars, Pixar and National Geographic.

Disney+ has a few original content pieces, most notably The Mandalorian, in addition to others such as live-action Lady and the Tramp, High School Musical- The Musical – The Series, Encore, The World According to Jeff Goldblum, Noelle and a ton of various documentaries. For those fans of the Pixar shorts that played before Pixar films, they’re in luck as they can find the entire collection on the platform.

Disney fans who love the throwbacks can find the old black and white Disney originals, however the extensive throwback catalog isn’t completely full yet. Disney is still trying to add more original shows and movies to its content roster, but due to licensing issues some favorites might not be available right away. For millennials who enjoy a good throwback, favorites such as That’s So Raven and Even Stevens has made its way onto the platform, in addition to so many others.

Disney+ launched with an extensive catalog of content and will only continue to add to it, rivaling competitors such as Netlfix, Hulu and Prime Video.

If the Disney+ content library isn’t enough for some viewers, Disney+ offers an add-on feature that allows users to access Hulu and ESPN+ for an increased monthly fee.

Disney+ pricing is incredibly competitive at $6.99 per month or $69.99 for the year. If viewers are wanting to up their viewing experience, users can pay $12.99 a month for the Basic Hulu package and ESPN+.

Disney+ out the gate delivers 4K HDR video quality in addition to multiple user accounts and ability to download content for offline viewing. Disney+ allows up to seven users profiles per account and the ability to stream up to four screens at the same time.

Disney+ is available through a number of different ways through an internet connection. Users can view Disney+ through streaming devices such as Roku, Amazon Fire and Amazon Fire TV devices, Google Chromecast, Roku, Xbox One and PlayStation 4. Subscribers can also access on their favorite Android and iOS devices, as well as Samsung smart TVs and Son’s Android-based smart TVs.

Disney+ is still a fairly new streaming service as of 2019 and will only continue to add to their already impressive library of TV shows and movies. Cord-cutters and viewers just looking for additional ways to stay entertained- especially those with kids or just general nostalgia, Disney+ is a great option at a magically low price.

^$10 savings offer available on all plans to new residential subscribers for 6 months. After 6 months, plans revert to the standard monthly fee. Certain geographical areas are not eligible to receive offer. Offer ends 06/30/2021. Restrictions may apply. Offer void where prohibited.

Service and offer are not available everywhere. Available to new qualifying, residential customers and current CenturyLink residential customers who qualify; contact CenturyLink for details. Limited time offer. Credit check, deposit or prepayment with a credit or debit card may be required. Rate subject to change. Rate requires new Internet subscription and paperless billing. If paperless billing is cancelled or not activated in a timely manner, the then-current standard rate will apply. Month-to-month (referred to as “no contract”) service means no term commitment and may be cancelled at any time without an early termination fee but customer must accept High-Speed Internet Subscriber Agreement prior to using service (see centurylink.com/legal). When cancelling service on any day other than the last day of your billing cycle, all monthly rates, fees, and taxes, will apply in full and payments received for unused service will not be refunded or credited to account. Plan cannot be combined with other promotions. Other than promotional rates, plans with monthly rates that don’t change, and monthly rates offered with a term commitment, your monthly rates for services, leased equipment, fees, or surcharges are not guaranteed and may increase during the time of your service. Additional restrictions may apply. CenturyLink may change, cancel, or substitute offers and services, or vary them by service area, at its sole discretion without notice. All products and services listed are governed by tariffs, terms of service, or terms and conditions posted at centurylink.com/terms. See centurylink.com/feesandtaxes for applicable taxes, fees and surcharges. Secure WiFi: If your modem includes the Secure WiFi feature, it should begin working within 72 hours of activating as long as you fully install it and leave it plugged in. Altering modem settings may disable Secure WiFi, as will Internet connection issues. If you are unsure whether Secure WiFi is working, contact us. Modem Offer: Limited time offer is available to new, residential CenturyLink customers who sign up for a new, qualifying Fiber Gigabit Internet plan. One modem per household in a 12-month period. High-Speed Internet Subscriber Agreement Equipment Return policy and additional restrictions apply. Equipment provided on a one-time basis (no exchanges, upgrades, substitutions, or replacements) and at CenturyLink's discretion. Offer may not be transferable or stackable with certain promotions. CenturyLink may change or cancel offer at its sole discretion without notice. © 2021 CenturyLink. All Rights Reserved