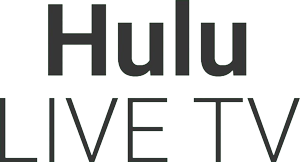 When you think of streaming services you can’t help but name Hulu as a popular option for most. Hulu is a U.S. based video-on-demand service under the Walt Disney Company and Comcast. The streaming platform launched in 2010 and has well over 28 million subscribers and growing.

Unlike its competitors, Hulu primarily focuses on adding new television shows from other networks onto their platform, with a secondary focus on original content. In 2017, Hulu noticed a need in the market for customers to still be able to watch live TV while still enjoying all the benefits of a streaming service. This program allows users to not only access Hulu’s extensive content library but also watch their favorite sporting events, news, and other programs live. It’s all of your favorite TV in one place.

Hulu Live TV allows users to watch 65+ popular channels that include sports and news, plus stream full seasons of your favorite series plus current episodes, hit movies and of course all of the Hulu Originals plus so much more.

Hulu Live TV is a great option for sports fans who want to cut the cord, but still not miss a minute of their favorite sports. Top sports channels include ESPN, FS1, FS2, NBC Golf, NBC Sports, CBS Sports, TNT and BTN Sports.

For those who like to stay up-to-date with the world, viewers can watch news channels that include: FOX Business, FOX News, CNBC, CNN, HLN, ESPNews, CNN and MSNBC.

Other channels include A&E, Bravo, Discovery Channel, Lifetime, SEC Network, Syfy, TBS, Telemundo, USA Network and so many others. If you’re interested in locals, depending on where you live you can still access ABC News, ABC Live, CBS, FOX, The CW and NBC alongside regional sports events that show on NBC and FOX.

If you’re interested in premium content, you can get HBO, Cinemax, Showtime, and Starz as add-on channels, and while Hulu does have a focus on publishing live TV the day after it airs, they aren’t shying away from original content. Hulu has a few hard-hitting shows like Handmaid’s Tale, Castle Rock, The Act and Catch 22 just to name a few.

With Hulu Live TV, users can watch on two screens at once and have access to Enhanced Cloud DVR which allows for 50 hours of recorded entertainment.

You can access Hulu Live TV through a multitude of devices, including Android, iOS, Roku, Fire TV, and Firestick, 4th Generation Apple TV, Chromecast, Xbox One, Xbox 360 and PlayStation 4. If you’re wanting to access the platform through a smart TV, you can use select models on Samsung and LG. Also, if you have a Nintendo Switch Hulu Live TV is accessible through that too.

^$10 savings offer available on all plans to new residential subscribers for 6 months. After 6 months, plans revert to the standard monthly fee. Certain geographical areas are not eligible to receive offer. Offer ends 6/29/2022. Restrictions may apply. Offer void where prohibited.