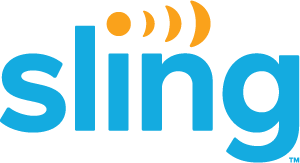 Sling Television, or known as Sling TV, is a over-the-top-internet (OTT) television subscription service owned and operated by DISH Network. The service launched in 2015 and boasts over 2.21 million subscribers to date. Sling TV was the first live TV service launched and was designed for users who want to cut the cord, but still maintain a TV viewing experience similar to what they’re used to through a TV service provider. Sling TV offers dozens of popular cable networks and broadcast channels with no contracts or hidden fees. While Sling TV is owned by DISH Network, you do not need to be a customer of DISH to use this service.

Sling TV allows users to watch live television and on-demand TV channels just like regular TV service- just without the cable! It’s a popular option among cord cutters and its known as one of the best and cheapest ways to cut the cord.

Sling TV doesn’t produce original content like Netflix or Hulu, but instead truly acts as a TV service, just over the internet. Sling TV has three different packages, with a different channel lineup in each. There are three tiers available, Orange, Blue and Orange & Blue. Sling TV offers “a la carte” TV so it gives users the freedom to pick and choose their channels, giving them the ultimate customized TV viewing experience. We’ll cover content under the pricing feature, since it varies per package.

Depending on which package you get, will correlate with your monthly price, channel lineup, and simultaneous streaming limits.

Sling TV does not have a huge selection in terms of local channels, and any locals available are limited to select markets.

New customers can receive 50 hours of free DVR storage! For customers wanting more, the DVR Plus option now provides 200 hours of storage for an additional $5 per month.

Sling TV is compatible with all Android and iOS devices. You can also use Sling TV on Samsung, LG and VIZIO Smart TVs. The streaming devices compatible with Sling TV are Amazon Fire TV, Apple TV, Google Chromecast, Roku and Xbox.

Sling TV makes for a great option for those who are looking to cut the cord, but still enjoy the same TV experience they’ve known and loved- without the hefty price tag. It’s “a la carte” TV that can be personalized for anyone for the ultimate TV viewing experience.

^$10 savings offer available on all plans to new residential subscribers for 6 months. After 6 months, plans revert to the standard monthly fee. Certain geographical areas are not eligible to receive offer. Offer ends 04/28/2021. Restrictions may apply. Offer void where prohibited.

Service and offer are not available everywhere. Available to new qualifying, residential customers and current CenturyLink residential customers who qualify; contact CenturyLink for details. Limited time offer. Credit check, deposit or prepayment with a credit or debit card may be required. Rate subject to change. Rate requires new Internet subscription and paperless billing. If paperless billing is cancelled or not activated in a timely manner, the then-current standard rate will apply. Month-to-month (referred to as “no contract”) service means no term commitment and may be cancelled at any time without an early termination fee but customer must accept High-Speed Internet Subscriber Agreement prior to using service (see centurylink.com/legal). When cancelling service on any day other than the last day of your billing cycle, all monthly rates, fees, and taxes, will apply in full and payments received for unused service will not be refunded or credited to account. Plan cannot be combined with other promotions. Other than promotional rates, plans with monthly rates that don’t change, and monthly rates offered with a term commitment, your monthly rates for services, leased equipment, fees, or surcharges are not guaranteed and may increase during the time of your service. Additional restrictions may apply. CenturyLink may change, cancel, or substitute offers and services, or vary them by service area, at its sole discretion without notice. All products and services listed are governed by tariffs, terms of service, or terms and conditions posted at centurylink.com/terms. See centurylink.com/feesandtaxes for applicable taxes, fees and surcharges. Secure WiFi: If your modem includes the Secure WiFi feature, it should begin working within 72 hours of activating as long as you fully install it and leave it plugged in. Altering modem settings may disable Secure WiFi, as will Internet connection issues. If you are unsure whether Secure WiFi is working, contact us. Modem Offer: Limited time offer is available to new, residential CenturyLink customers who sign up for a new, qualifying Fiber Gigabit Internet plan. One modem per household in a 12-month period. High-Speed Internet Subscriber Agreement Equipment Return policy and additional restrictions apply. Equipment provided on a one-time basis (no exchanges, upgrades, substitutions, or replacements) and at CenturyLink's discretion. Offer may not be transferable or stackable with certain promotions. CenturyLink may change or cancel offer at its sole discretion without notice. © 2021 CenturyLink. All Rights Reserved